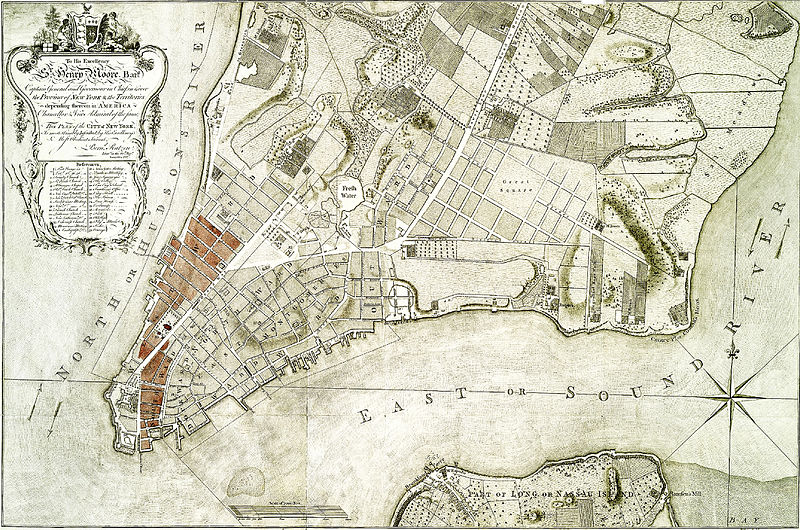 Not even Pennsylvania Avenue invokes a greater image of power in the imagination than the concrete canyons of Wall Street.

The financial epicenter of American commerce and business, its very name seems too large to be contained on the short narrow street itself and instead has become a symbol of global finance.

Alexander Hamilton envisioned modern America and the seat of the nation's financial power more accurately than any other Founding Father. Creating the Bank of New York in 1784 and the First National Bank in 1790, he eventually restored national credit to a bankrupt country, and by doing so birthed America’s most critical financial systems. Hamilton's vision has defined Wall Street more than any other person in history to date.

This tour explores the city of New York in Hamilton's life, and the deep impression he left behind. As we uncover the secrets behind his inexhaustible drive and his unimaginable achievements, it explains his relentless effort to leave his bold impression on his adopted nation.

This tour will start at the Battery to recall the battles of the American Revolution and the toll New York paid for Independence during the war, and will describe how Hamilton rose from Captain of an artillery company to the right hand of Washington himself.

We will discuss the creation of the Federal Government of the United States as well as the 1st and 2nd Sessions of Congress and numerous other events that took place at Federal Hall. We will also visit Trinity Church to pay tribute and respect to the Hamilton's at their final resting place. The tour will end at Fraunces Tavern for a drink in one of Hamilton's old haunts. Join us as we celebrate the life and work of America's most accomplished and complex Founding Father, Alexander Hamilton.

Hamilton's years in Harlem influenced him dramatically, yet also transformed forever Harlem itself as a community. Beginning with his outstanding military resilience in the face of insurmountable odds, through his last years of his life reeling from unimaginable personal loss and political expulsion, Alexander and Elizabeth both left their impression and spirits enshrined in the progression of the community.

This tour tells Hamilton's story from an intimate look into the life of the man himself, and the incredible work he achieved in his brief lifetime.

We will visit Morris-Jumel Mansion, uncovering the wealth of history the house has to offer and explore the early years of Hamilton's life, from his childhood in the West Indies to the Battle of Harlem Heights.

From the mansion we will walk from Washington Heights to Hamilton Heights, discovering the Sugar Hill section and examining the neighborhood during Hamilton's time, and today.

The tour will visit Hamilton Grange, the only home Alexander Hamilton ever owned. Here we will discuss Hamilton's tireless work after the war, his bitter battles with the other founders and the many victories he achieved as well as the groundswell of events leading up to the fateful "Interview in Weehawken".